Global antibiotic use patterns in children – by Julia A. Bielicki and Victor Musiime 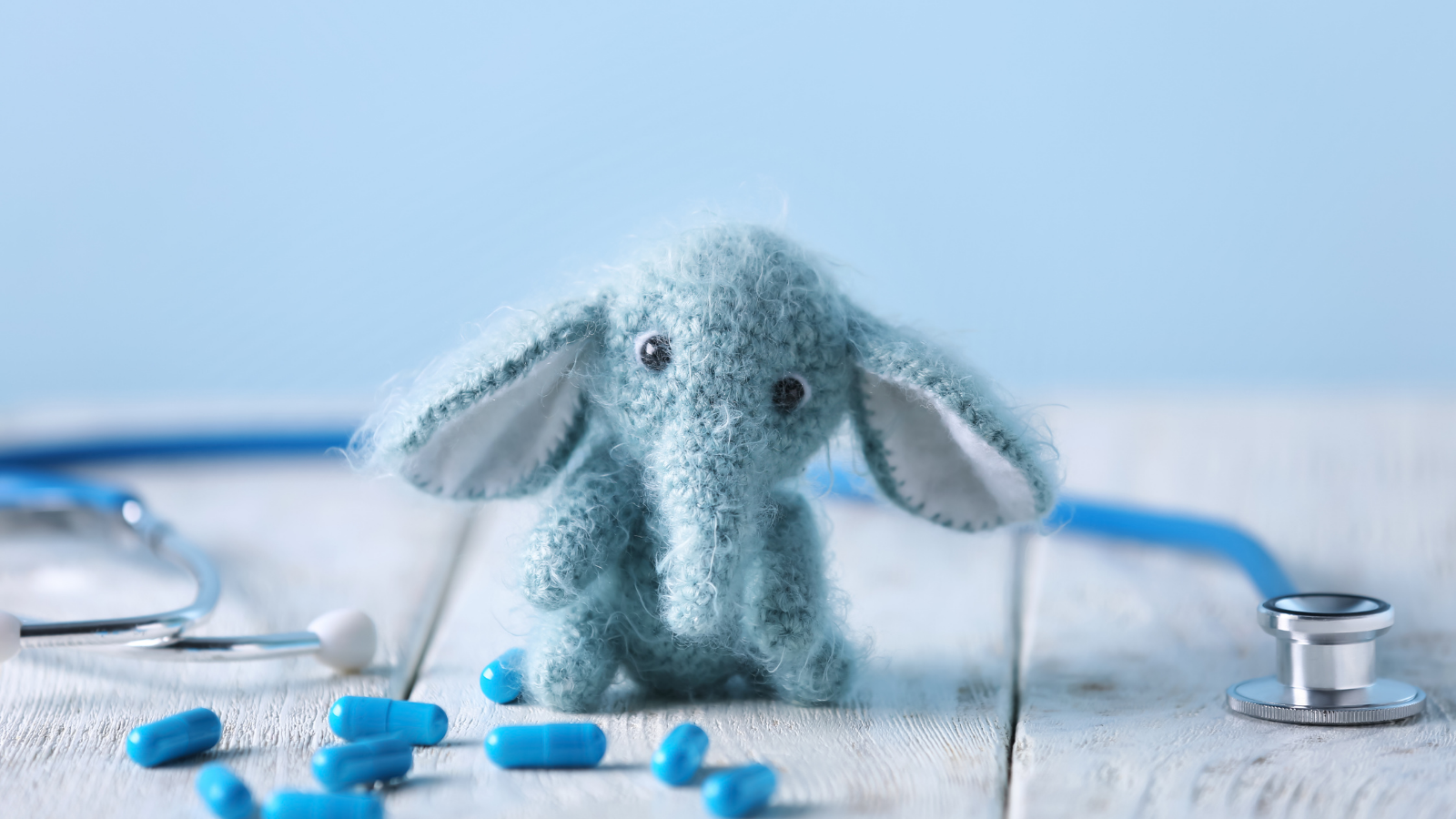 “This Viewpoint was originally published on the REVIVE website revive.gardp.org, an activity of the Global Antibiotic Research & Development Partnership (GARDP).”

The recent GRAM report on the global impact of antimicrobial resistance highlights the ongoing challenges to antibiotic stewardship1. Considering global assessments of antibiotic use patterns, it is essential to note that children are likely to have an approximately three times higher consumption of antibiotics than adults in most settings, regardless of country income level2. Incorporating evidence on optimal use of antibiotics in this group or generating such evidence when it is lacking is likely to play an important role in global antimicrobial stewardship.

High proportion of antibiotic use in the community

Most antibiotic use occurs in the community setting, although it has been difficult to estimate this accurately. Sweden’s annual report on Antibiotic Sales and Resistance for 2020, a year influenced by COVID-19, details that 86% of total antibiotic sales are generated in outpatient care3. It is likely that in settings with more informal and poorly regulated sales channels, such as many low and middle-income countries (LMICs), the proportion of antibiotic use in the community is even higher.

WHO has classified antibiotics into four groups: low-cost, generally safe Access antibiotics that have a targeted spectrum of activity and low resistance potential; broader-spectrum Watch antibiotics recommended only in specific indications and situations; reserve antibiotics considered to be treatments of last resort for multidrug-resistant infections; antibiotics that are not recommended because similar agents are already part of the AWaRe classification4. This classification underpins the draft WHO  Essential Medicines List Antibiotic Book offering guidance for treating typical infections resulting in consultation with a healthcare provider, including for children4.

Data on the patterns of Access, Watch and Reserve antibiotic use among young children in 70 middle-income and high-income countries suggest that Access antibiotics already dominate in most included countries4. However, amoxicillin, which generally accounts for most antibiotic use in under-fives, accounts for a low proportion of use in many of these countries5. General consumption patterns vary between countries but without clear differences between middle- and high-income settings.

In young children, individual exposures to antibiotics are frequently very high, especially in LMICs. It is estimated that up to 27, 30 and 59 prescriptions have been issued for antibiotics between birth and five years of age in Nepal, Malawi and Uganda, respectively6. Furthermore, LMICs are seeing increasing antibiotic use among sick under-fives, particularly in low-income countries7. This observation underlines the importance of strengthening antibiotic stewardship activities alongside improved access in all settings to avoid tipping from a lack of access to antibiotics to excessive use.

Antibiotic use for mild diseases for which little evidence suggests benefits from antibiotics is common in the community setting. Children followed up prospectively in eight LMICs across Asia, Africa and Latin America were treated with antibiotics in 75% and 44% of bloody and non-bloody diarrhea episodes, 61% of healthcare workers confirmed acute episodes involving the lower airways and 40% of episodes involving the upper airways8. The authors noted that treatments were frequently inconsistent with international guidelines and resulted in a cumulative antibiotic exposure of up to 4 months in the first 24 months of life.

Antibiotics are also frequently prescribed to children in high-income countries presenting with febrile illness. Of more than 4500 otherwise healthy children presenting acutely with fever to 28 emergency departments in 11 European countries, every third child received an antibiotic9. This antibiotic use was driven by treatment for upper and lower airway infections. It was highly variable between hospitals, demonstrating the need for considering and addressing local drivers of suboptimal antibiotic use in children.

Arguably, neonates and children treated with antibiotics in the hospital setting are more likely to suffer from severe infections than in the community. Moreover, healthcare-associated infections are frequent in such children, resulting in a pathogen spectrum more typical of the hospital environment12.

So, what can be done?

A considerable investment in surveillance of antibiotic use patterns among neonates and children globally is needed. This need not be complex, as demonstrated by previous repeated point prevalence assessments, and could include extensions to existing child health surveys.

A two-pronged approach is likely necessary to support judicious antibiotic use: On the one hand, better evidence to inform which antibiotics should be used, at what dose and for how long for severe infections is urgently needed with few relevant studies underway17. Robust, pragmatic trials related to everyday challenges faced by prescribing clinicians can inform trusted guidelines. On the other hand, support needs to be offered to multiple stakeholders to ensure that antibiotics are used with great care when infections are mild, and children are unlikely to benefit from this precious resource. Additionally, digital advances may support safety-netting strategies for families to stay connected to healthcare providers and ensure responsiveness when symptoms are worsening.

News
Publications
This website uses technical cookies functional to the site's operation, anonymous statistical and, subject to your consent, third party analytical and profiling cookies. In particular, we use cookies and other identifiers to ensure you get the best experience on our website, to provide you with social media features and to analyze our traffic. We also use third party tracking and profiling cookies and identifiers to collect information about how you use the Site and to send you promotional messages in line with your online preferences. By clicking on the Accept all cookies button, you give your consent to the use of all the cookies used in our website. By clicking on the “Cookie settings” button, you can customize your choices regarding cookies used in our website. If you close this banner by clicking the "X" button, default settings will stay as they are and you will continue to browse the Website in the absence of cookies other than technical ones.
You can freely give, refuse or revoke your consent, at any time, by accessing the Management consent panel.
If you would like to learn more about how cookies work on the site, read our Privacy Policy and Cookies Policy.
Cookie SettingsAccept AllX
Manage consent

This website uses cookies to improve your experience while you navigate through the website. Out of these, the cookies that are categorized as necessary are stored on your browser as they are essential for the working of basic functionalities of the website. We also use third-party cookies that help us analyze and understand how you use this website. These cookies will be stored in your browser only with your consent. You also have the option to opt-out of these cookies. But opting out of some of these cookies may affect your browsing experience.
Necessary Always Enabled
Necessary cookies are absolutely essential for the website to function properly. These cookies ensure basic functionalities and security features of the website, anonymously.
Functional
Functional cookies help to perform certain functionalities like sharing the content of the website on social media platforms, collect feedbacks, and other third-party features.
Performance
Performance cookies are used to understand and analyze the key performance indexes of the website which helps in delivering a better user experience for the visitors.
Analytics
Analytical cookies are used to understand how visitors interact with the website. These cookies help provide information on metrics the number of visitors, bounce rate, traffic source, etc.
Advertisement
Advertisement cookies are used to provide visitors with relevant ads and marketing campaigns. These cookies track visitors across websites and collect information to provide customized ads.
Others
Other uncategorized cookies are those that are being analyzed and have not been classified into a category as yet.
SAVE & ACCEPT
Powered by